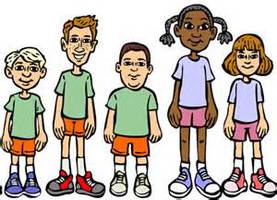 Ron was born April 16, 1965 in Detroit, Michigan, the son of Gail and the late Robert Boal.   He grew up in Redford Township, Michigan and graduated from Redford Union High School in 1983.

Ron was always athletic.  He started playing hockey at age five and continued throughout his life on any team or club he could find. Ron was especially proud of playing hockey at Eastern Michigan University.  Later, he coached local hockey teams, continuing the tradition of his father.  He also played rugby, soccer, baseball and any other sport that kept score.  He was a competitive man and lived to win. He played softball his entire adult life until the very end.

In 1996, he met the love of his life, Carole at the Post Bar in Detroit.  From then on, he took her on the adventure of a lifetime.  They married in 1999 and had their first home in Berkley then Livonia and on to Schoolcraft, Michigan and finally Shanghai, China.

Ron's employment was with American Axle and Manufacturing, where he worked as a Senior Manager Quality Systems, Asia.  His work took him to Mexico, Scotland, Korea, South Africa and Thailand.  Ron embraced the expatriate lifestyle in China and made strong connections everywhere he went. Ron was very excited that he would be going to Russia for his next project.

The Greater Redford Community Foundation is dedicated to enhancing and enriching the quality, depth and extent of life, work and benefit for the people of Redford Township and the greater area. The Foundation provides community leadership, grants, and responsible stewardship of funds.